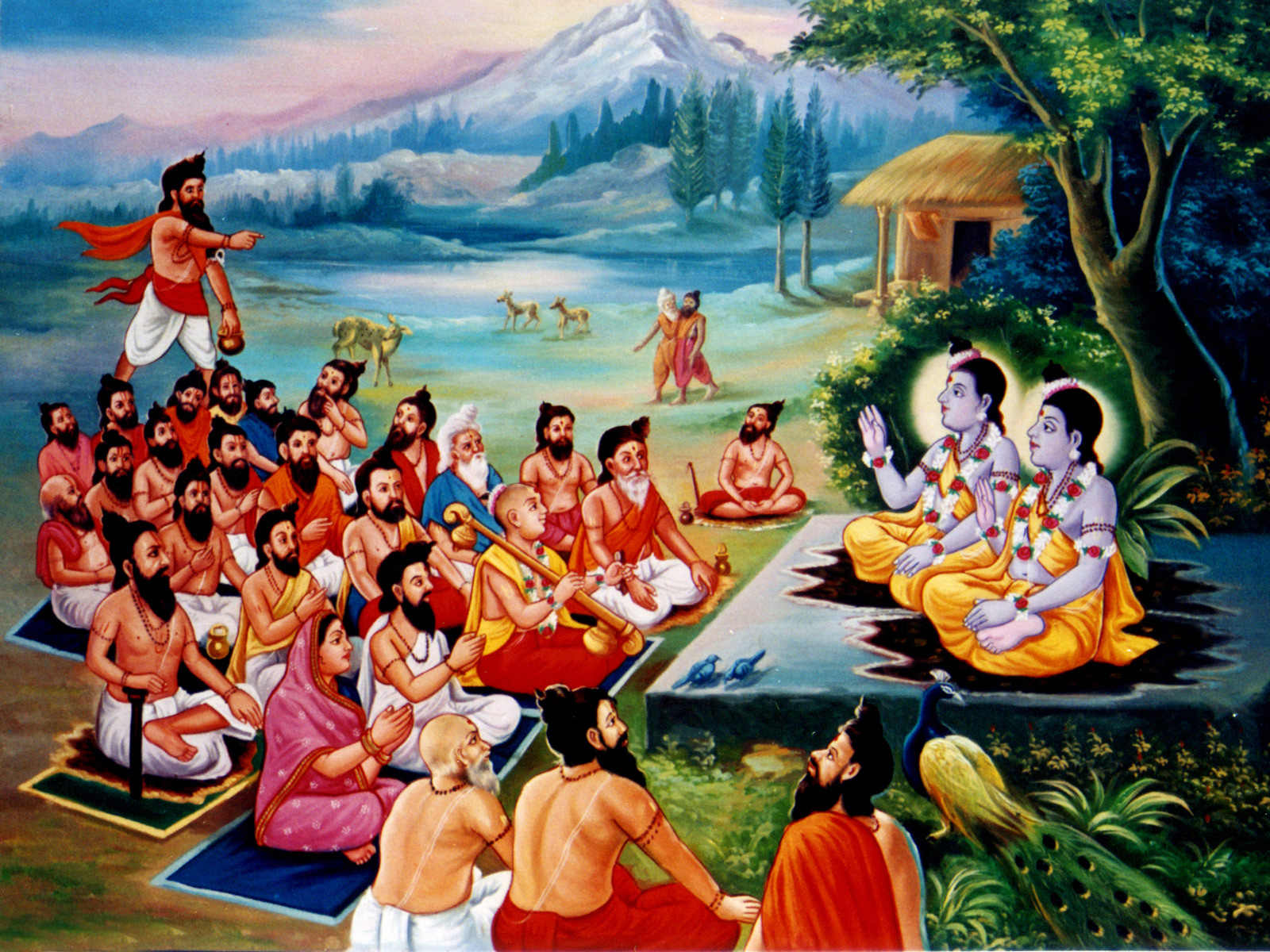 In the north of India there are a range of mountains called the Himalayas and it is from here that the river Ganga (Ganges) flows. At this place there is a tree named Badri, hence the place is called Badrikashram. In Badrikashram resides Narayan Muni.

A long time ago, after completing their pilgrimage, a hundred and thirty nine Rushi's and sadhus finally came to Badrikashram to have darshan and blessing from Shri Narayan Muni. Here they saw Narayan Muni performing tapasya to soak up the sins of others. The Rushi's took a bath in the Ganges and bowed down to Shri Narayan Muni. Narayan Muni asked the Rushi's, ""O Rushi's, what is the condition of the earth?"" They replied by telling of the awful agonies experienced by the satsangis there.

Then Dharmdev and Bhaktimata arrived at Badrikashram and were informed of the agonies on the earth.

At this stage Durwasa Rushi entered Badrikashram from Kaylash. He was a short tempered man and he felt insulted when he was not noticed or greeted by the other Rushis, as they were engrossed in hearing about the earth's plight. He raged with anger and cursed all those present, including Narayan Muni. ""You have insulted me in the worry for the earth"" he fumed,"" Hence I curse you to live there on earth as mortals and suffer from the hands of evil spirits."" This curse anticipated by Narayan Mum, meant that everyone at Badrikashram had to take rebirth on earth. Everyone was upset by this curse realising the wrong they had done and approached Narayan Muni to reason with Durwasa Rushi.

Having calmed down, Durwasa Rushi sadly replied, ""My curse cannot be taken back."" The hearts of those present fell. Narayan Muni however, light heartily replied, ""Please take this curse as my wish. The curse of a saint is not a curse but a boon in disguise. To lighten the burden of sin on earth, I myself will take birth on earth as the son of Dharma and Murti. Together we will eradicate evil and sin, to create true Dharma on earth!"" On hearing these words everyone was comforted, as the curse of Durwasa Rushi was turned into a boon.

Earth is our mother. When the burden of sins increases on the earth, she turns very angry. Dharma cannot tolerate her condition of badness and must fight to prevail against evil.