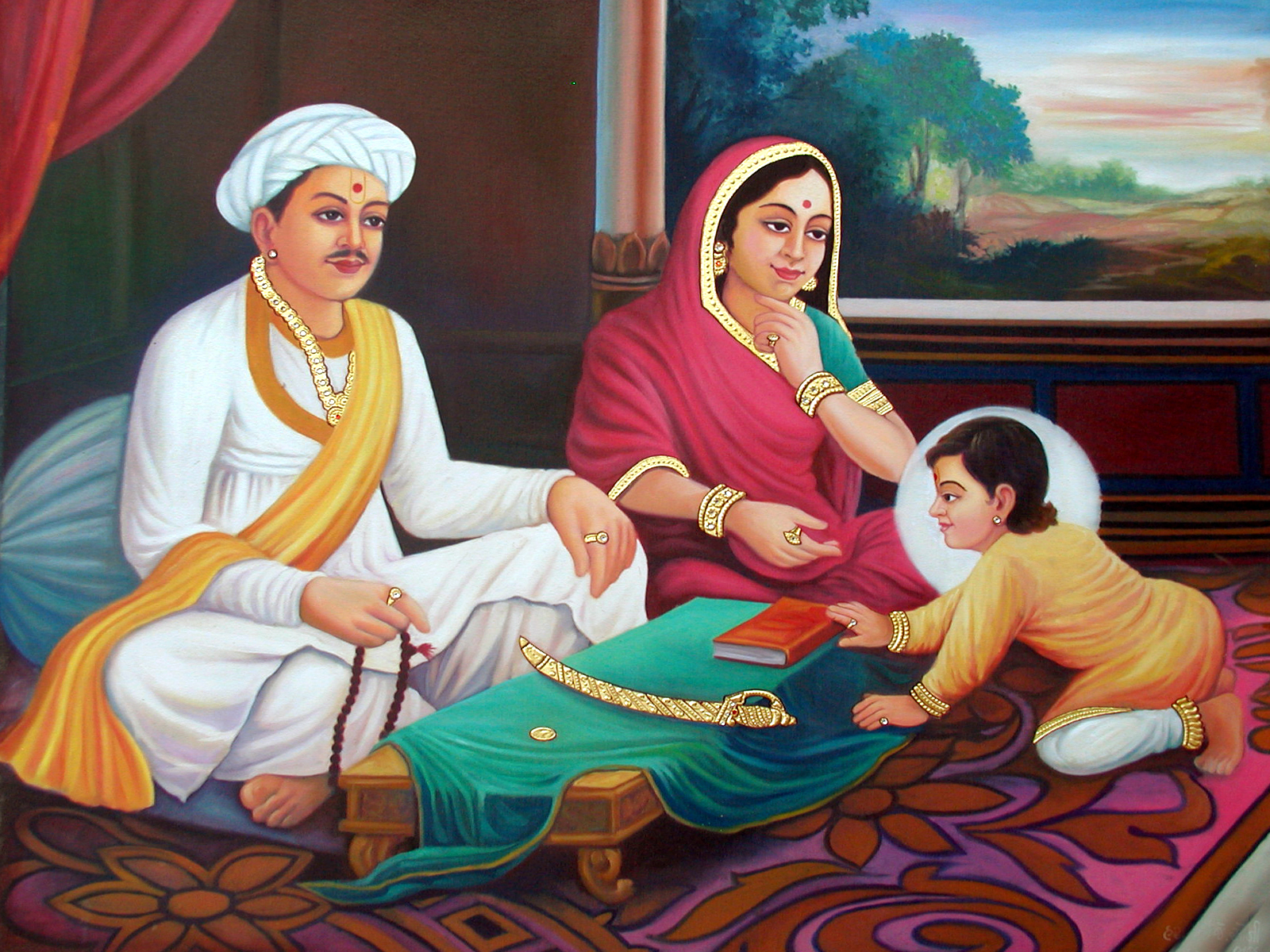 Ghanshyam was just beginning to crawl. Once Dharmadev had a thought: “This child is going to be victorious on the earth but, how will it materialize? Will he become an emperor? Will he become a Sovereign by conquering all countries? Will he become the richest man? Will he became a great merchant owning leading firms in foreign countries? Or will he be a renowned man of knowledge in the whole world?”

Dharmadev made a plan to find out how Ghanshyam was going to be victorious. He placed three things on a wooden seat, a knife, a mahor [a gold coin] and a volume. The volume was the Bhagvat Gita. Then he brought Ghanshyam near the wooden seat. Ghanshyam will became a king if he takes up the knife, he will become the richest man if he takes up a gold coin. And if he picks up the Volume, he will become man of great knowledge.

Generally a child runs after a bright thing to hold it. Such bright / shining things were two: a knife, and a gold coin. But Ghanshyam picked up the Gita. He not only picked it up but also opened it as if he was reading. Dharmdev saw that page which he opened. He saw the writing on it: “I am born when the burden of sin increases on the earth.” Dharmdev was now sure that the emperor, the learned man, the richest man are insignificanti trifle before this child. He is the greatest of all, the Lord of Lords.

One can predict, from the child’s nature what he will do and what he will become when he grows up. So from the early childhood we should instil Virtues in the infant mined. This is the aim and purpose of this lesson.