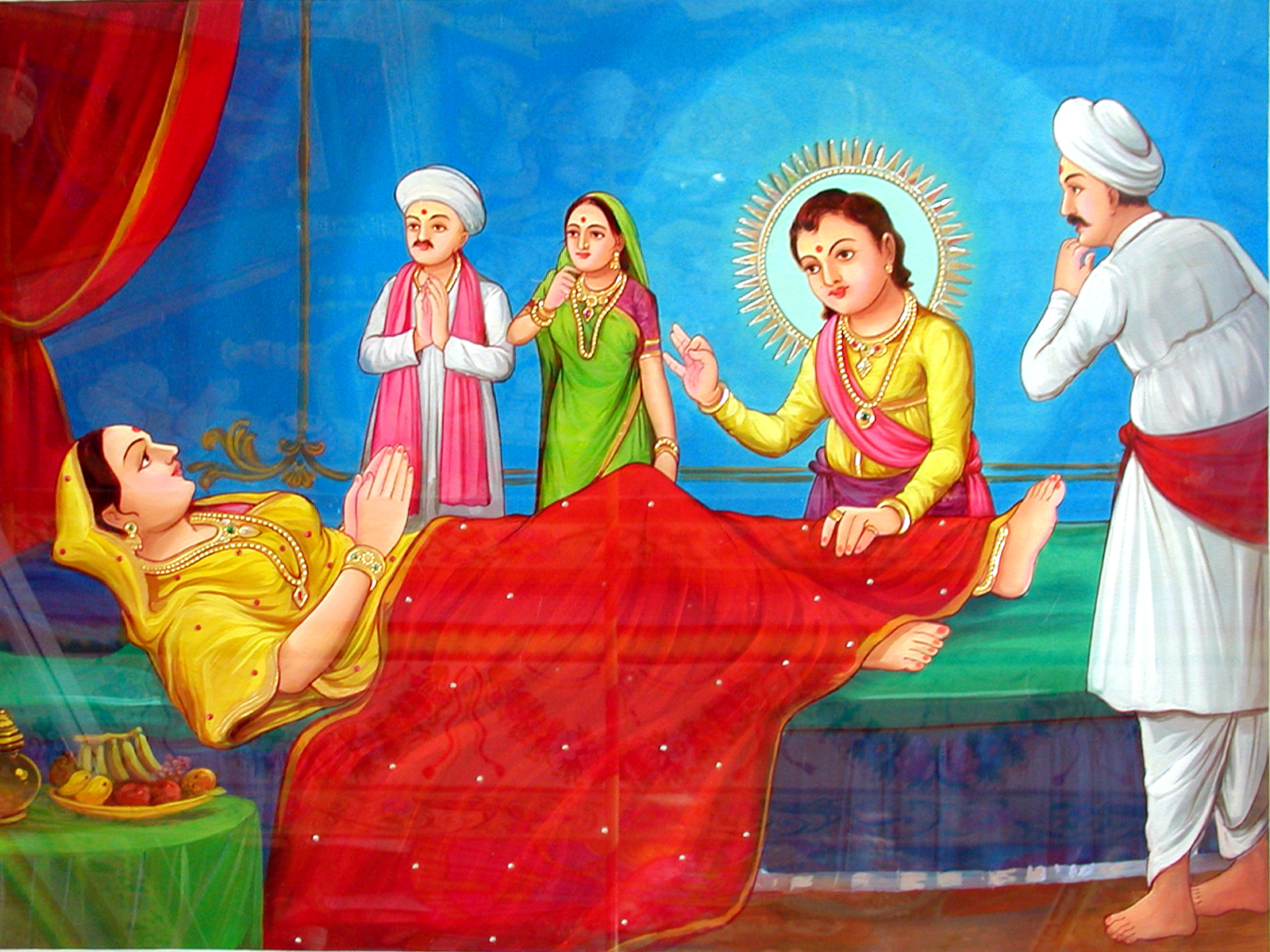 Dharmdev was staying along with his family in Ayodhyapuri. During this stay Bhaktimata fell ill. She said, “Take me back to Chhappaiya.” Everyone came back to Chhappiya with Bhaktimata. She said to young Ghanshyam, “I want to leave my body listening to a few words from your own mouth. O! Tell me about knowledge (Gyan) and devotion (Bhakti).

Ghanshyam preached his mother about religion, knowledge, detachment (indifference or aversion to worldly pleasures) and devotion. Bhaktimata went into trance (deep meditation in which the meditator loses his or her identity and becomes one with the Supreme Being [SAMADHI]. In this trance, she had a darshan of AKSHARDHAM and the Lord of AKSHARDHAM, SHRI HARI. She had a thrilling joy .

All her tendencies of mind retreated while in the trance. She looked up. She saw young Ghanshyam standing smiling. Bhaktimata realized him.” Oh, this is SHRI HARI, the Lord of AKSHARDHAM! who is born here as my son. He is there in AKSHARDHAM as SHRI HARI!” Young Ghanshyam placed his hand on her head. She closed her eyes. She again was engrossed in the eternal Being of SHRI HARI. She died.