In the early nineteen sixties, a community of satsangi who originally came from Dar es salaam , Tanzania were holding satsang sabha in each others houses every Saturday in Leicester . In due course satsang mandal was established in 1976 as a registered charity with the Charity Commissioners.

As more and more people started attending the Saturday sabha , it became difficult to accommodate the people attending. To overcome the problem it was decided to purchase a property. A house was bought on Rendell Road and converted into a temple. During this time santo from Bhuj and Ahmedabad visited Leicester regularly. His Holiness Acharya Maharaj Tejendraprasadji blessed Leicester with a visit in mid-eighties for the first time. Thereafter this became a regular occurrence.

In the meantime International Swaminarayan Satsang Organisation (I.S.S.O) was formed in Europe with Maharajshri as its Chairman and Leicester became the registered Headquarters of I.S.S.O. Europe.

As the present premise i.e., Rendell Road could not accommodate the ever increasing number of devotees it was decided to look for a larger place and convert into a proper temple in the vicinity of Rendell road. With the blessing of His Holiness Acharya Maharajshri, a suitable place was found. The property, which consisted of offices, at 139/141 Loughborough Road was purchased and converted into a temple with help from ISSO volunteers. A week long celebration was planned. His Holiness Acharya Maharajshri and Pujya Gadiwala graced the occasion with their presence. Murtis of Lord Shree Swaminarayan, Lord Shree NarNarayan and Lord Shree LaxmiNarayan were duly installed by His Holiness Acharyashri Tejendraprasadji Maharaj.

During the celebration Rt Hon Keith Vaz MP for Leicester East attended the opening together with Councillor Ramnikbhai Kavia and other invited guests.

Since then, satsang has been flourishing in Leicester and the temple has gained a reputation for great hospitality and spiritual learning. Festivals at the temple are always well attended and the temple has built very strong relationships with the local community reaching out beyond the satsangis that regular attend satsang sabhas .

To fulfil the wishes of Maharajshri a decision was taken to install the marble murtis of HariKrishna Maharaj and RadhaKrishna Dev in accompaniment of pancha dev as prescribed in Shikshpatri. The Murti Pratishta Mahotsav for the new deities was held from 15th - 22nd August 2004. 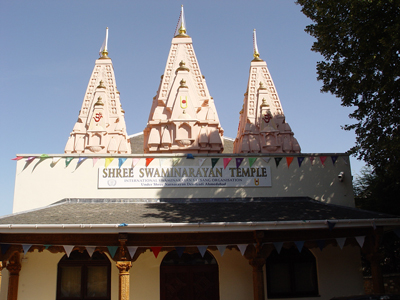 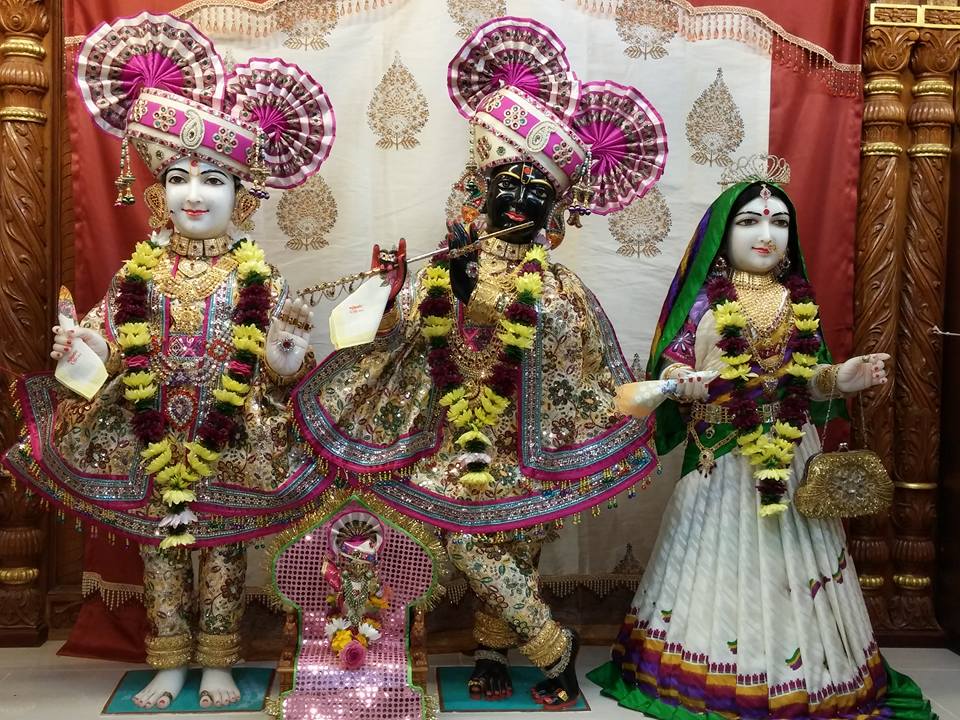