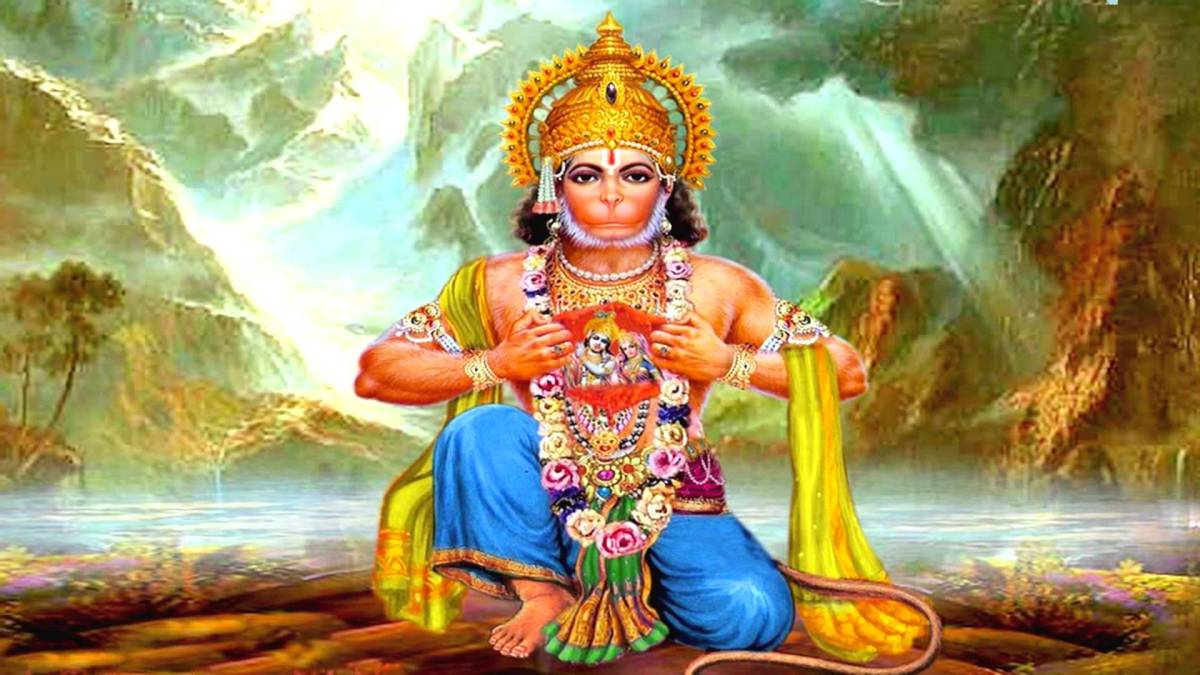 According to the tales narrated in the Puran, Sage Narad once performed immense penance in the Himalayas for attainment of further spiritual enlightenment. The demi-gods tried to break His penance but were unsuccessful in doing so. Sage Narad was bound by ego when He came to this realisation and boasted to (Bhrama, Vishnu, Mahesh) about His achievements. This ego had to be broken for Narad’s own welfare in devotion.

Narad visited the kingdom of King Sheelnidhi where He fell in love with princess Shirmati and wanted to marry her. He came to know that the King had organised a Swayamvar (where a woman chooses her future husband among host of eligible suitors). He went to Lord Vishnu and asked him to make him as handsome as the Lord Himself. Lord Vishnu granted him the handsomeness of his physic but made his face look like a monkey.

Hastily, Narad came to the Swayamvar and took to His seat. The princess was aghast when she saw Narad who looked very ugly with His monkey face. Later Narad came to know of the trueness of His physic and in an emotional outburst cursed Lord Vishnu that He will suffer separation from His wife when he takes a human form. The Lord humbly accepted this curse knowing this will be the future event in the great epic of Ramayan. Narad later realised his mistake and also said that with the help of monkeys, Lord will be able to locate His wife’s whereabouts and be able to rescue her.

Anjani and Kesari performed penance on Lord Shiva to attain a son. They were blessed when Lord Shiva appeared and gave them a boon that His divine energy will be born through Anjana with assistance from Vayu Dev (Demi-God of Wind).

When Maruti, devoured the Sun seeing it as a big red tasty fruit, the whole world became engulfed in darkness. Indra broke Maruti's jaw (Hanu) with his Vajra weapon. Unconcious Maruti was later given boons of powers and valour by various Demi-Gods and was then famously known as Hanuman.

Hanuman is known as the 11th incarnation of Lord Shiva, whose purpose of advent on earth was in the Tretayug to serve Lord Shree Ramchandra.

Later in Dwaparyug, He served Lord Shree Krishna during the Mahabharat by resting on Arjun's charriot and protecting it from destruction. In Kaliyug during Lord Swaminarayan's time, He served Him both during childhood and forest adventures (Van Vicharan).

Hanumanji is one amongst the seval Immortals (Chiranjeevi) as mentioned in the Bhaktchintamani in a conversation between Dharmadev and Bhaktimata. Until the start of the next Satyug, He is present in divine form ever engaged in the service of the Lord and also protecting His devotees.

In various Vachanamrut, Lord Swaminarayan praises Hanuman for His stauch and chaste devotion.

Gopalanand Swami established the idol of Hanumanji in Sarangpur where till today Hanuman Ji breaks the sorrows of those who seek His help. The entire discourse for this event is described in great detail within the 10th Kalash of Harileelamrut by Acharya Viharilalji Maharaj of Vadtal.