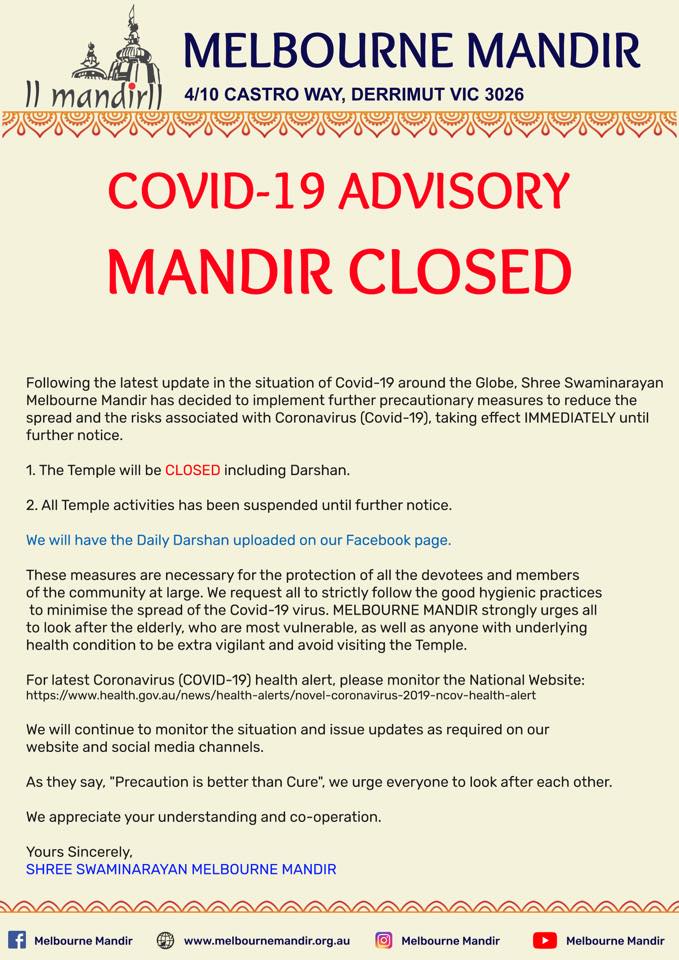 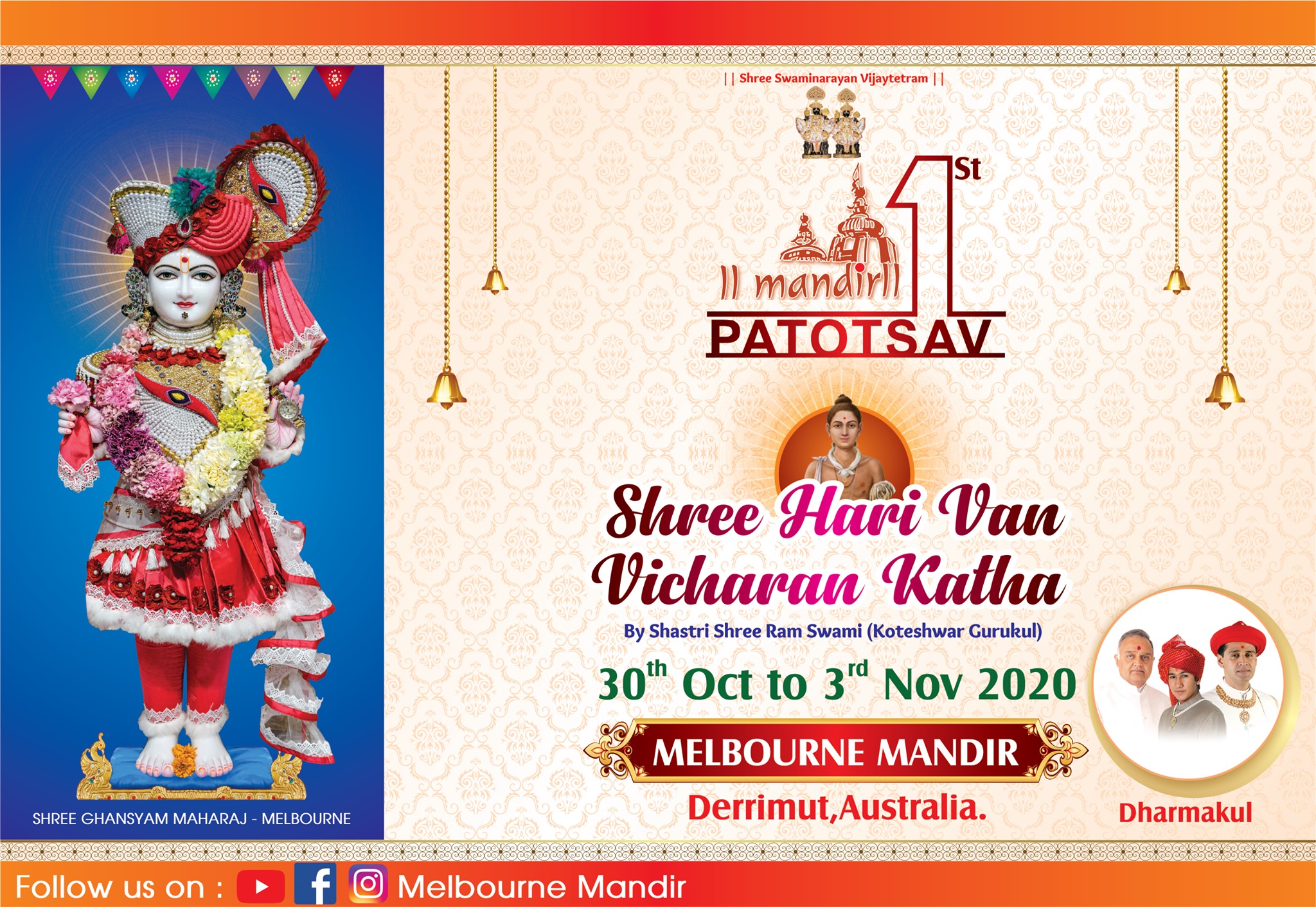 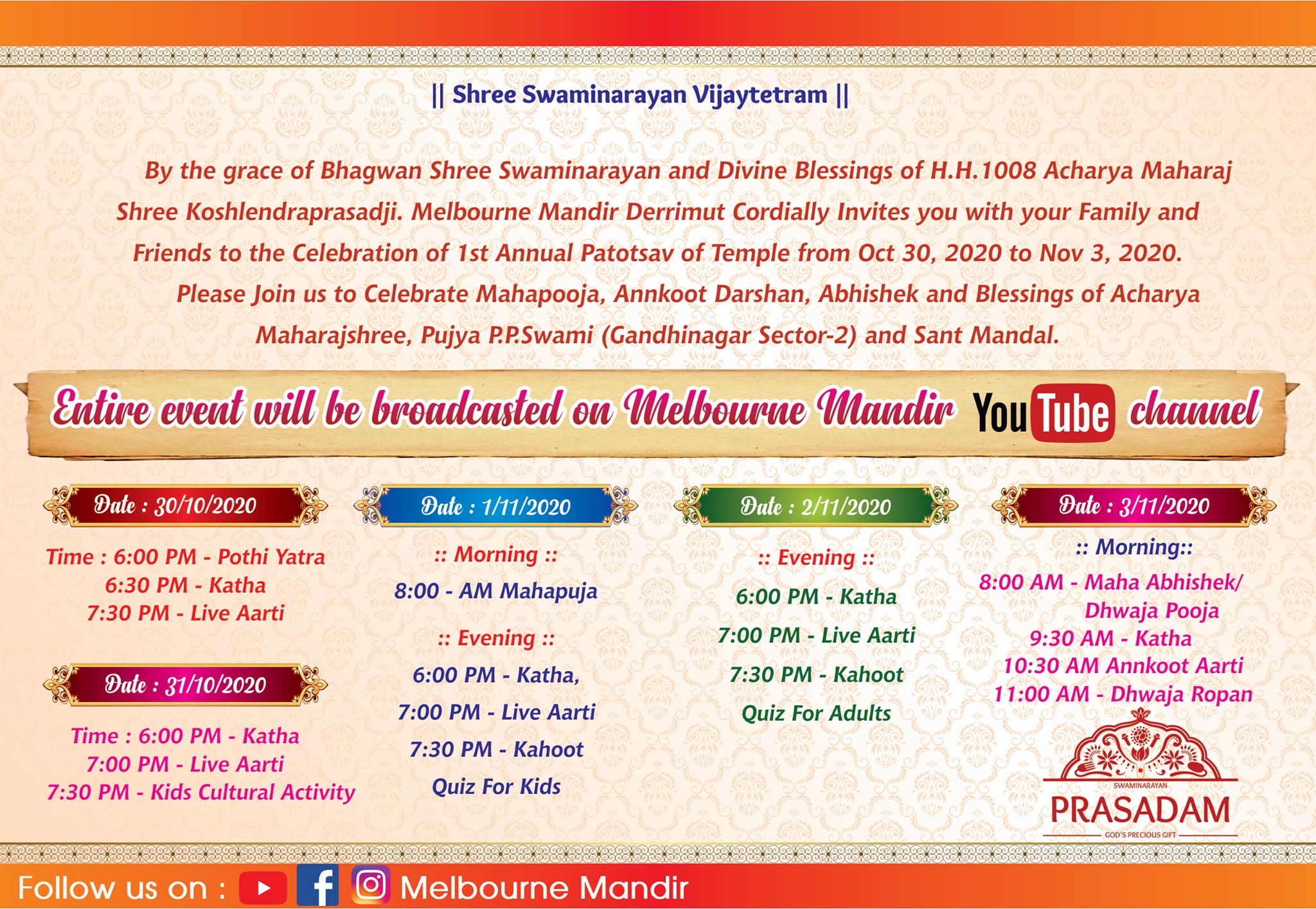 After the inauguration and Murti Pran Pratishtha Mahotsav (installation of sacred idols) at Shree Swaminarayan Temple, Boronia (Eastern Part of Melbourne) in 2012, the satsang has continuously blossomed in Melbourne as more and more satsangis have joined the sect and their faith have only become stronger. His Holiness Acharya Koshalendraprasadji Maharajshree – the seventh heir of Almighty Lord Bhagwan Shree Swaminarayan, and also the head of Shree Nar-Narayan Dev Gadi (The well-spring of Swaminarayan Faith) made annual visits to Melbourne for 5 successive years for nourishment of developing satsang and kept his promise. In all these years, many young satsangi families arrived in Melbourne from various parts of the world and started settling in different suburbs of Melbourne.

During his visit in Melbourne in April 2016, our beloved Maharajshree, felt the requirement of temple in western suburbs to cater the metaphysical needs of devotees. He established a vision to build a temple- Hindu Mandir Melbourne in western part of the Melbourne one day for the spiritual aspirants, not only for the Swaminarayan fellowship, but for everyone who wants to progress on his way towards beatitude. With this vision, he guided us to start the Satsang Sabha in western areas. Very soon, complying with Maharajshree’s instructions, the satsang sabha was started in the community hall on every alternate Sundays. The Satsang sabha was now held regularly and all the festivals were now celebrated cheerfully.

Just within a year of this initiative, the business warehouse at 4/10 Castro Way, Derrimut was bought which was a first major step towards the vision. This became possible only due to God’s grace, unconditional support of beloved Maharajshree, continuous inspiration from divine saints, and a chaste devotion of many volunteers. This place, where a temple is going to be constructed is ideally located in Derrimut, just 20 kms from Melbourne CBD. The first Satsang sabha was held at this place on 14th May 2017, Sunday. Hundreds and hundreds of disciples witnessed a Mandir Pre-Opening Ceremony, celebrated regally. His Holiness Acharya Koshalendraprasadji Maharajshree along with the holy saints from Ahmedabad also visited this place in July 2017 and showered their blessings. The weekly regular sabha is held now for more than 2 years. All the Hindu Festivals and functions (Utsav) are celebrated joyfully at this place. Some highlights of these functions may include: Holi, Rangotsav, Ras Garba, Diwali, Annakut, Shakotsav, Janmashtami, Ram Navmi and Swaminarayan Jayanti, Shivji Poojan, Hanumanji Poojan, Shikshpatri Jayanti, Vachanamrut Jayanti, regular Katha Shravan, and many. The Bal Sabha (Kids’ Activity) and Gujarati classes have already commenced at Hindu Mandir Melbourne to keep our tradition and rich culture alive by embedding them in the next generation. For more information, see the photos/ video section of this website. The visit at this place by His Holiness Tejendraprasadji Maharajshree (Retired Acharya and 6th heir of Bhagwan Swaminarayan) in 2018, was an icing on the cake.

Hindu Mandir Melbourne has the prime objective of “To advance the Sanatan Dharma, in accordance with the principles and teachings of the Swaminarayan Sampraday, founded and ordained by Lord Sahajanand Swami”. All the permits and approvals required for this temple have been obtained. With the grace of Lord Shree Swaminarayan, blessings of Acharya and Saints, Physical, Mental, and Financial seva of devotees from all around the world, the construction work for this temple has commenced and murti pratishtha Mahotsav will be celebrated majestically in few months.

We welcome devotees from all the regions to participate in temple activities and to experience the eternal peace through spiritualism. Stay tuned via email subscription to get the latest updates about upcoming events and Pratishtha Mahotsav. 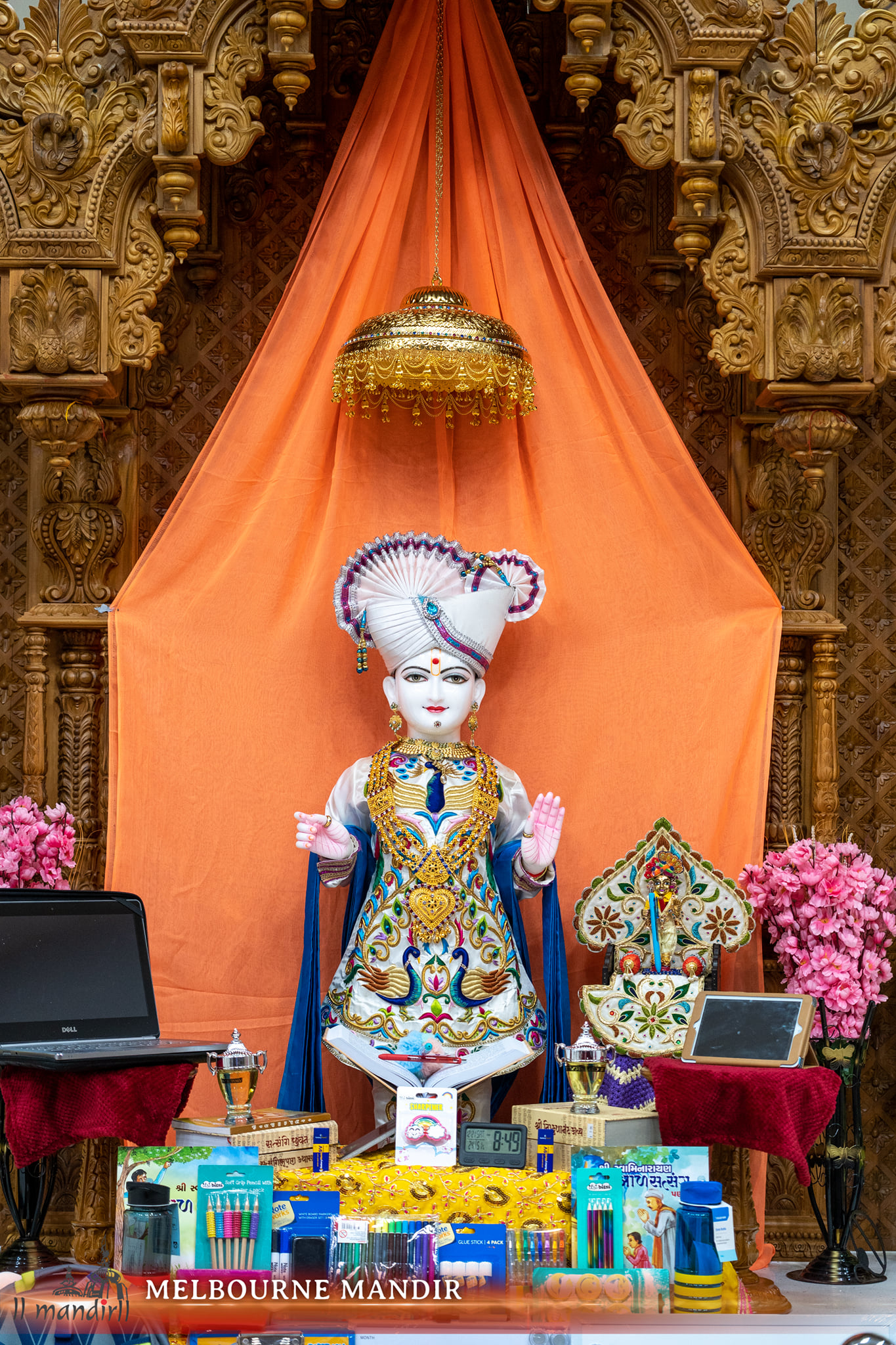 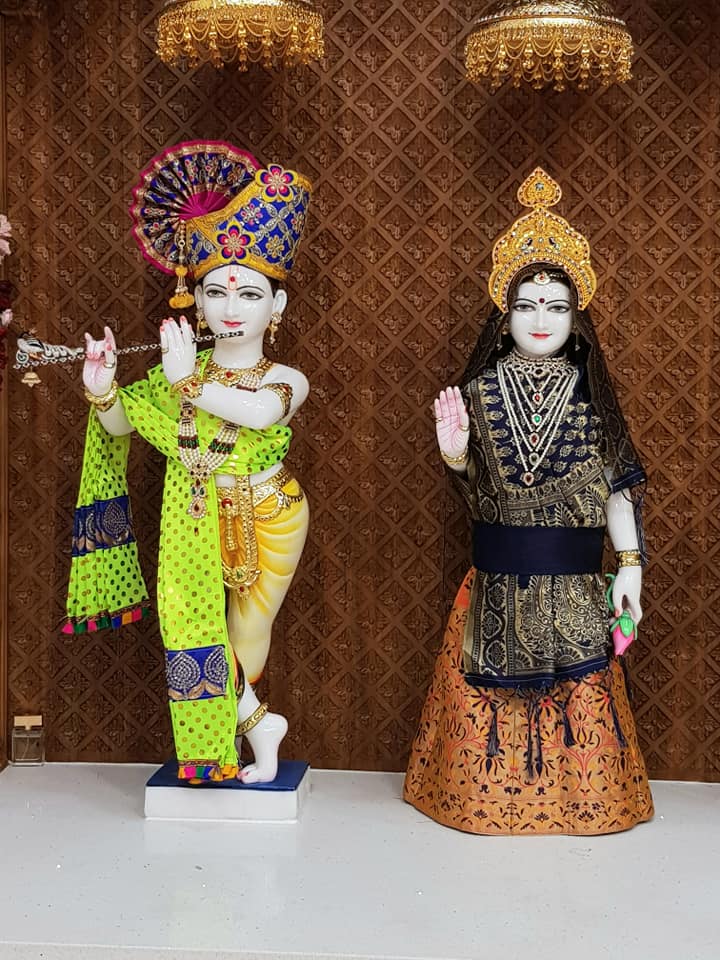 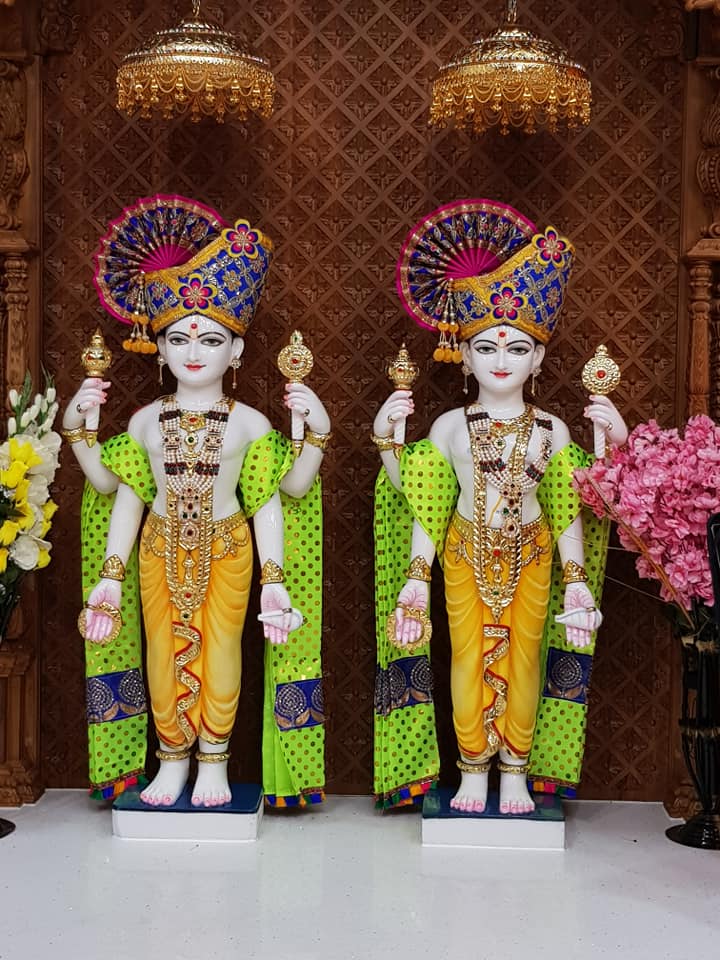 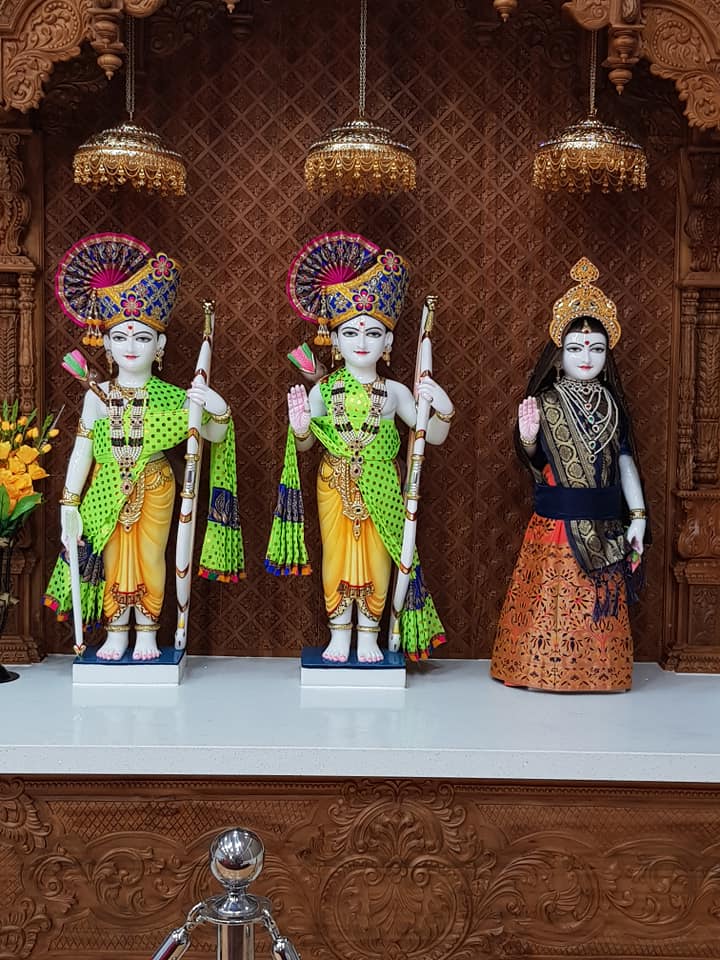 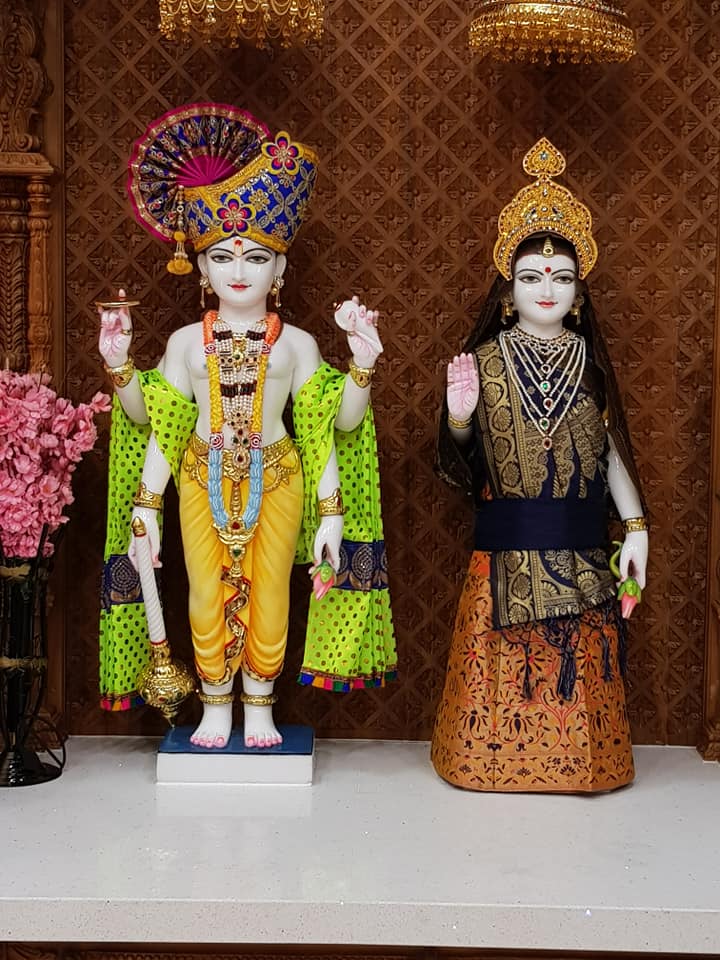