Shree Cutch Satsang Swaminarayan Temple, Nairobi, Kenya, is the first international temple to be established by Shree Swaminarayan Temple of Bhuj, Cutch, India, and falls under the territorial jurisdiction of Narnarayan Dev of Bhuj Mandir. It conducts all its affairs and activities under direct guidance of Bhuj Mandir, hence is officially as well as commonly referred to as “(Bhuj) Taaba Nu Mandir” and affiliates its sole allegiance to Shree Nar Narayan Dev.

Armed with this parental advice from the loving fatherly saints on Bhuj Mandir, our forefathers set out to venture into what was commonly referred to as the continent of darkness, in search of the promised light that was to come into their lives. The pioneers set out, with more following on in their footsteps. They departed with their rations from the port of Mandvi, destined for the port of Mombasa, Kenya. In addition to their unwavering faith in the ever-present Lord Swaminarayan, the young group together with a few  img003elders simply had each other’s company to seek comfort during the harsh sea voyage and in the midst of the disastrous marine weather made worse by the continuous bombing of marine vessels during the First World War.Quite a few even lost their lives mid-voyage, yet all the migrants took comfort and solace in their unshakable faith and the blessings of the saints, and finally they reached their destination. The history of arrival of the Leva Patel community in the port of Mombasa dates to periods from 1890 and onwards up to 1930.

As the numbers grew here over time, the like-minded migrants thought of establishing a place of worship and wrote a letter to Bhuj Mandir seeking approval and guidance to build a temple in Nairobi. The saints joyously approved their request and after some hard work a plot of land was made available on Kirinyaga Road. Detailed construction plans were drafted and sent to Bhuj for approval, and the elderly saints at the time such as Mahant Swami Shreevallabhdasji, Mahant Swami Dharmajivandasji, Swami Krushnajivandasji, Swami Murlimanohardasji, amongst other revered saints blissfully sent their consent by way of a letter dated 22nd December 1953. In accordance with that letter and with the divine blessings of Shreeji Maharaj and the hallowed saints of Bhuj, the selfless devotee Shree Jinabhai Ratna Jesani of Baladia and members of his family laid the foundation stone on the auspicious day of 8th February 1954. Construction of the temple commenced and the devotees joined hands in serving whole-heartedly with their bodies and minds as well as donating wealth towards this project.

Meanwhile, Bhuj Mandir prepared the paintings of Shree Radha Krishna Maharaj, Shree Sahajanand Swami and Shree Nar Narayan Dev and performed Vedic rites of these various forms of Shreeji Maharaj, and these Murti were sent by sea to Kenya. While at sea, the devotees performed all the daily routine devotional tasks such as thaal (offering food to the Lord), Aarti (ceremonious offering of light to the Lord), as well as habitual reading of the holy scriptures and performance of daily tasks, akin to these Murtis being installed in any temple. The Murti arrived in Nairobi via Mombasa port. A grand procession was held in Nairobi’s streets for all local people to have a salvatoryglance of these divine forms of the Lord, and the Murtis were installed and consecrated in accordance to Vedic ritesamidst all the due devotion, pomp and galore in the newly constructed temple on the auspicious day of Sharad Purnima in 1954. Thus, with thanks to the gigantic efforts of many devotees, the few known and the hundredsexpressly unknown, as well as the commitment of the temple’s trustees and with the blessings of Lord Shree Hari and the divine Bhuj Mandir saints, the first temple on international shores came into existence in Nairobi.

Within a few years, this temple proved to be too small due to the ever img003increasing number of devotees, so the adjoining plot was purchased in 1957 and the temple was expanded to accommodate them. To date, the temple has been expanded in size on three separate occasions to its present grand layout.

In 2014, to commemorate the completion of 60 years since inception, the trustees and enthusiastic devotees of the temple marked this achievement by celebrating the Shree Sahajanand Diamond Jubilee with unparalleled regal fervour. The hallmark divine presence of the ever-charismatic Acharya Maharajshree as well as blessed and pious saints from Bhuj Mandir and devotees from all parts of the globe was once again the epicentre of the Diamond Jubilee celebrations.

During Mahant Swami Dharmanandandasji and his group of saints’ visit to Nairobi in 2008, and through their graceful thoughts and combined efforts they advised generous land-owner devotees of the temple to donate an eight and a half acre parcel of land near the Langata Army Barracks. This advice was wilfully and selflessly obeyed immediately as a divine obligation. The land has been utilised for the construction of a new, larger and even more majestic temple complex. The Langata Project also consists of the creation of a residential housing scheme nearby suitable for the increasing numbers of devotees, in addition to The Swaminarayan Academy opened in 2013 to cater for the educational and career progression requirements of the children of the devotees.

To mark the occasion of the grand opening of the new temple, the grand Shree Nar Narayan Dev Nutan Mandir Mahotsav shall be held in 2016. The divine images of our Supreme Lord, as well as a truly pleasant, eye-catching, standing idol image of our beloved Shree GhanshyamMaharaj – the first of its kind in Africa – shall be installed in the new temple on the auspicious day of Shravan Sud 5 in Samvat 2072. This holy installation ceremony shall be performed in the divine presence of His Holiness Acharya Maharajshree, the whole Dharmakul Family, learned and pious saints from Bhuj Mandir, as well as thousands of devotees from all over the world. The new temple shall brighten the future of the steadfast devotees in Nairobi and add immensely to their joy and devotional fervour.tem

In this manner, Bhuj Mandir has always been at the forefront in well-wishing and ensuring the financial stability, social cohesion and religious development of all devotees in Nairobi. The devotees themselves realize and appreciate what Bhuj Mandir has done towards this exponential success in their lives. 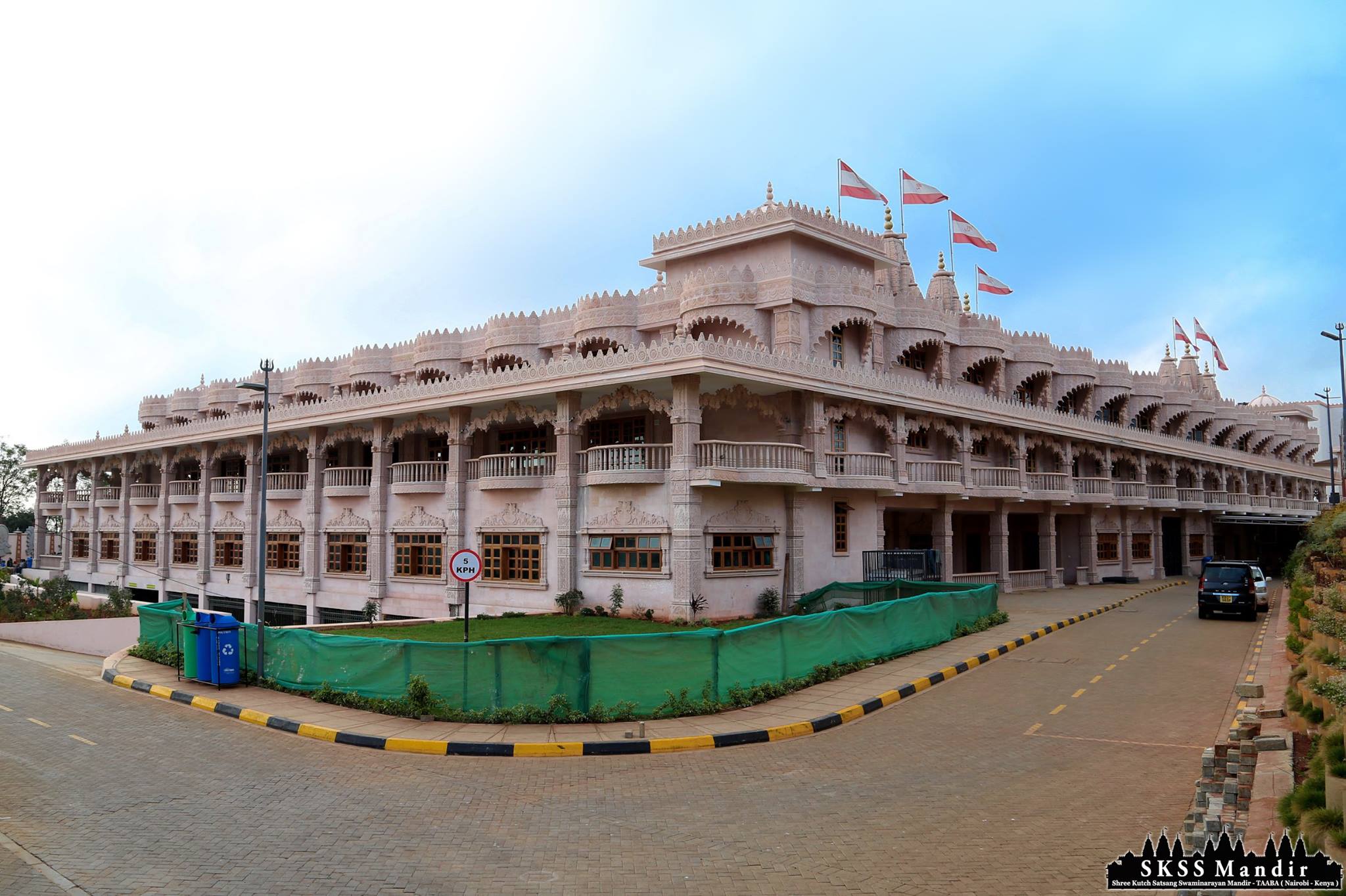 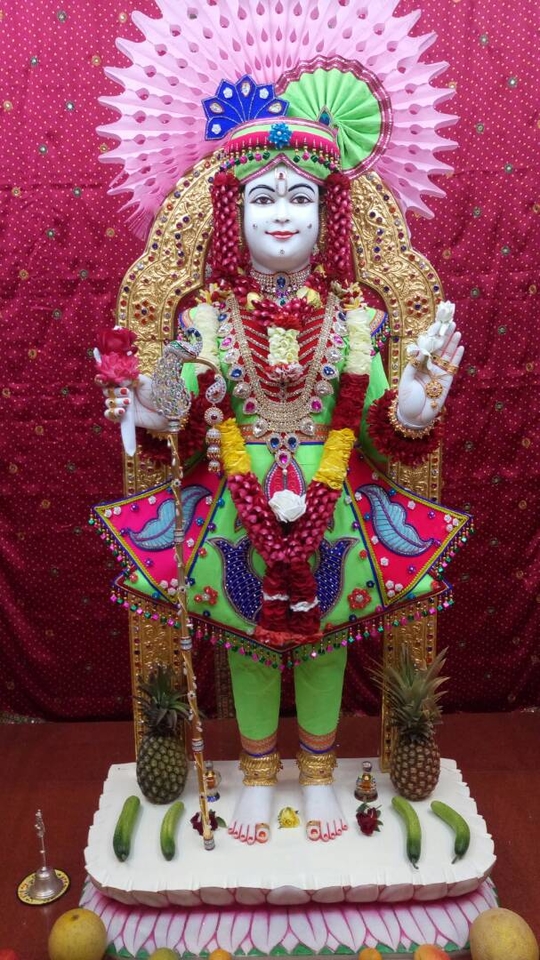 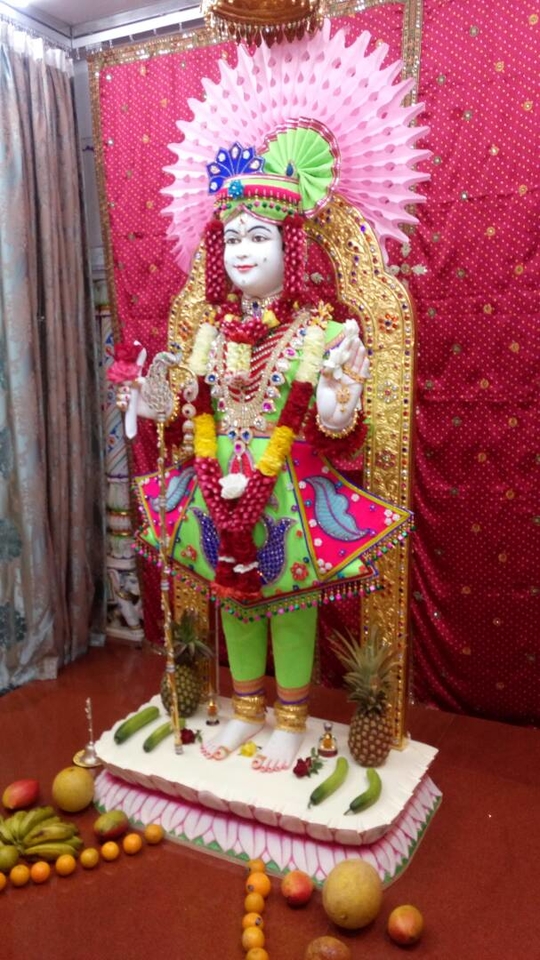 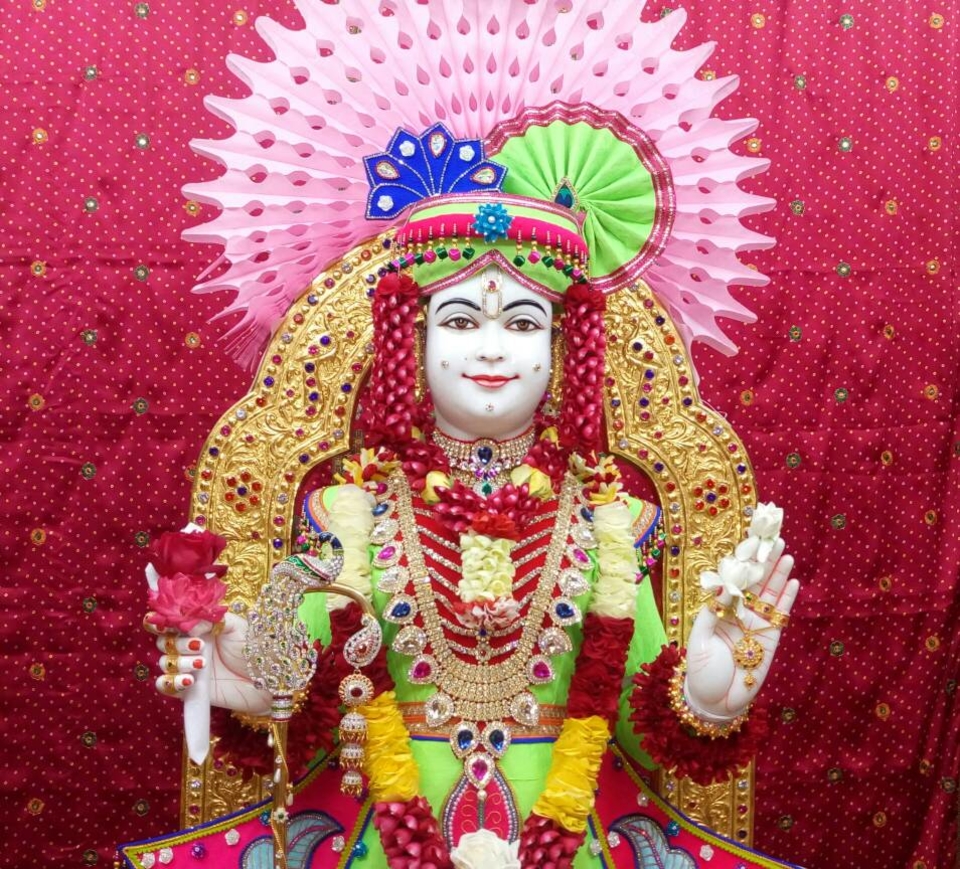 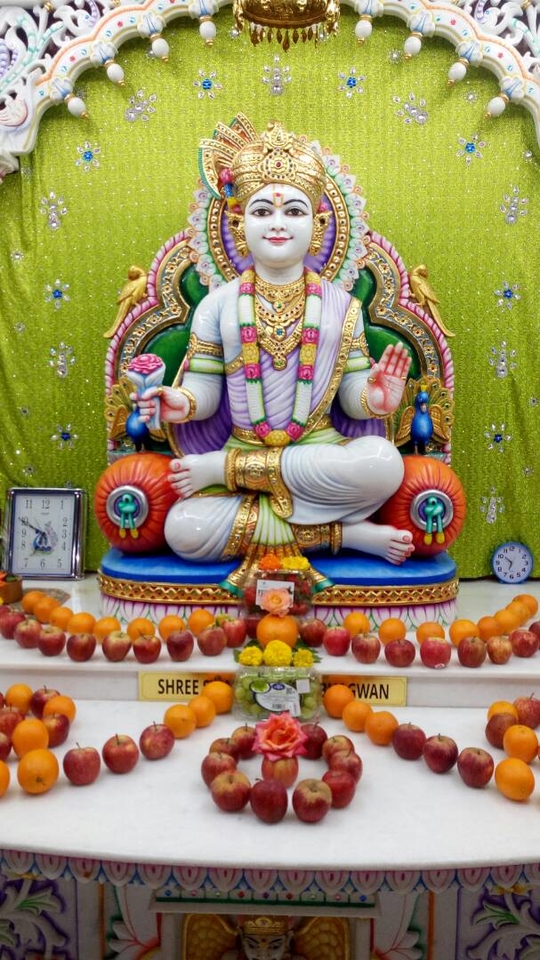 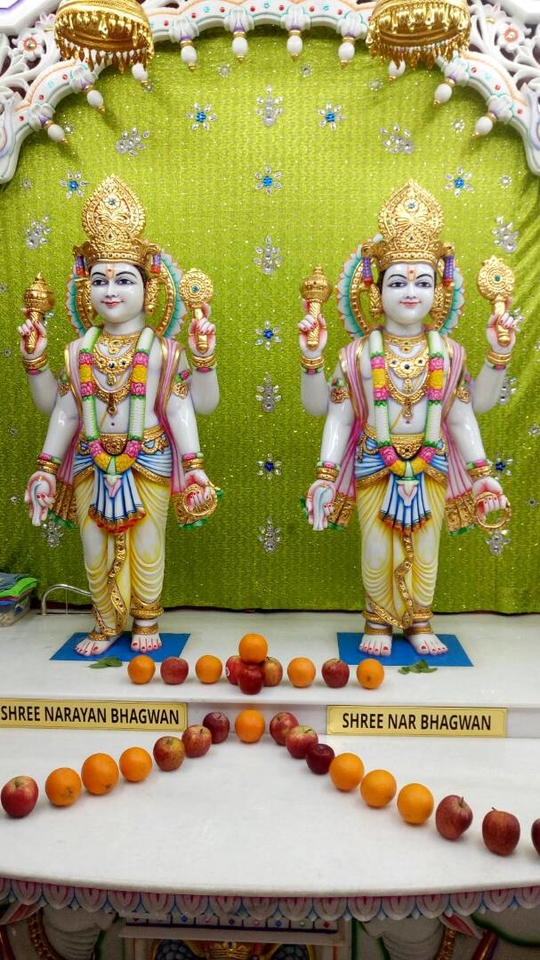 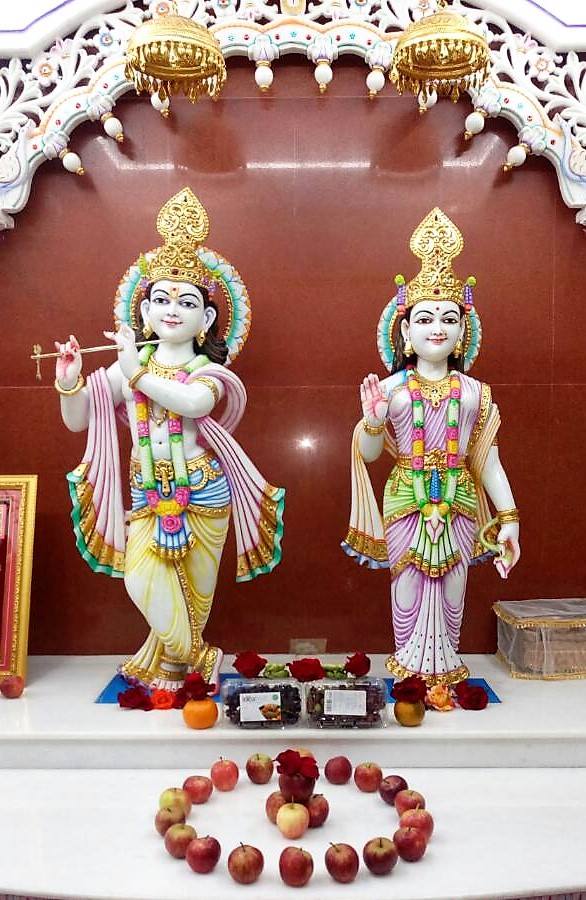 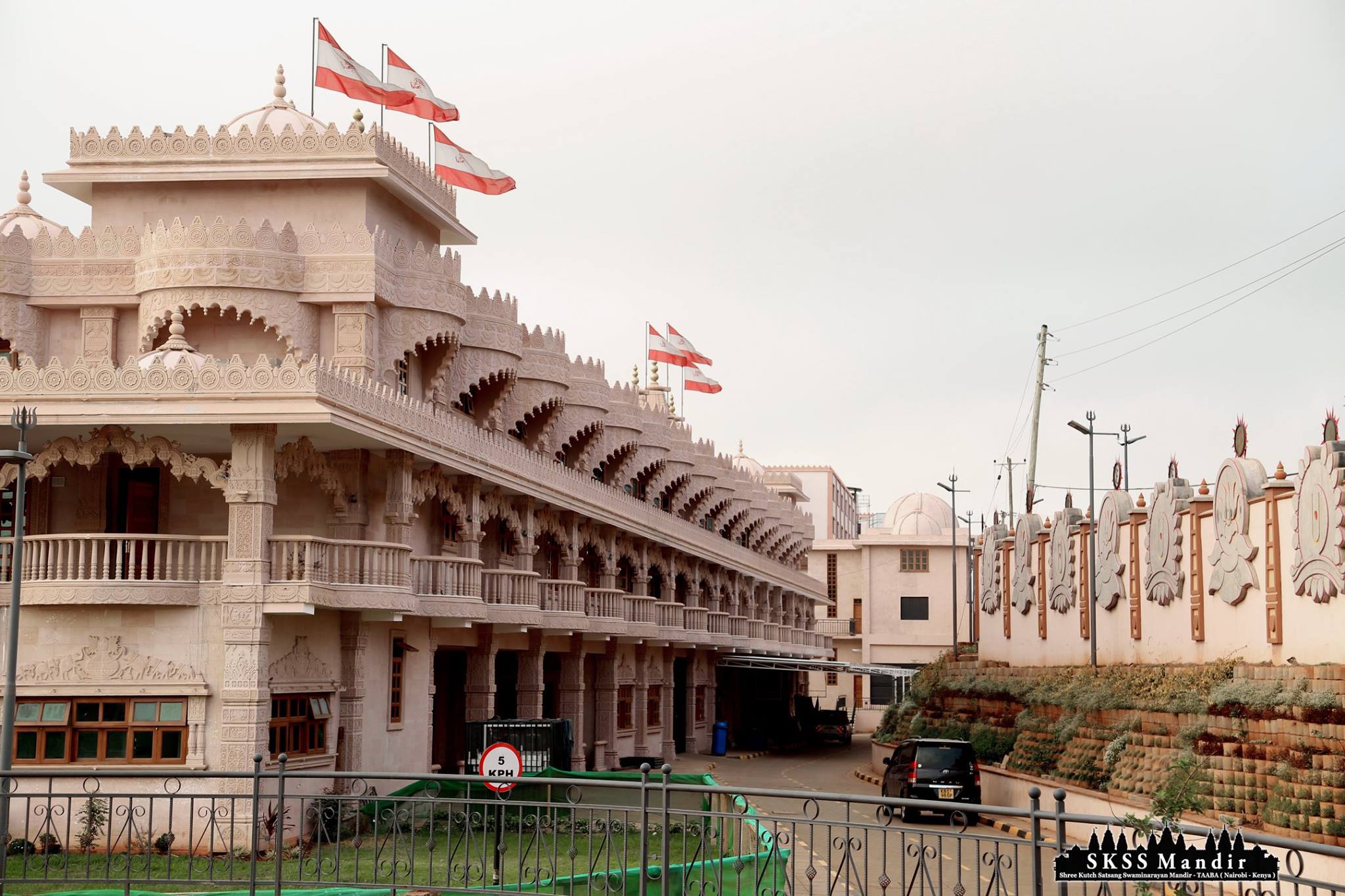