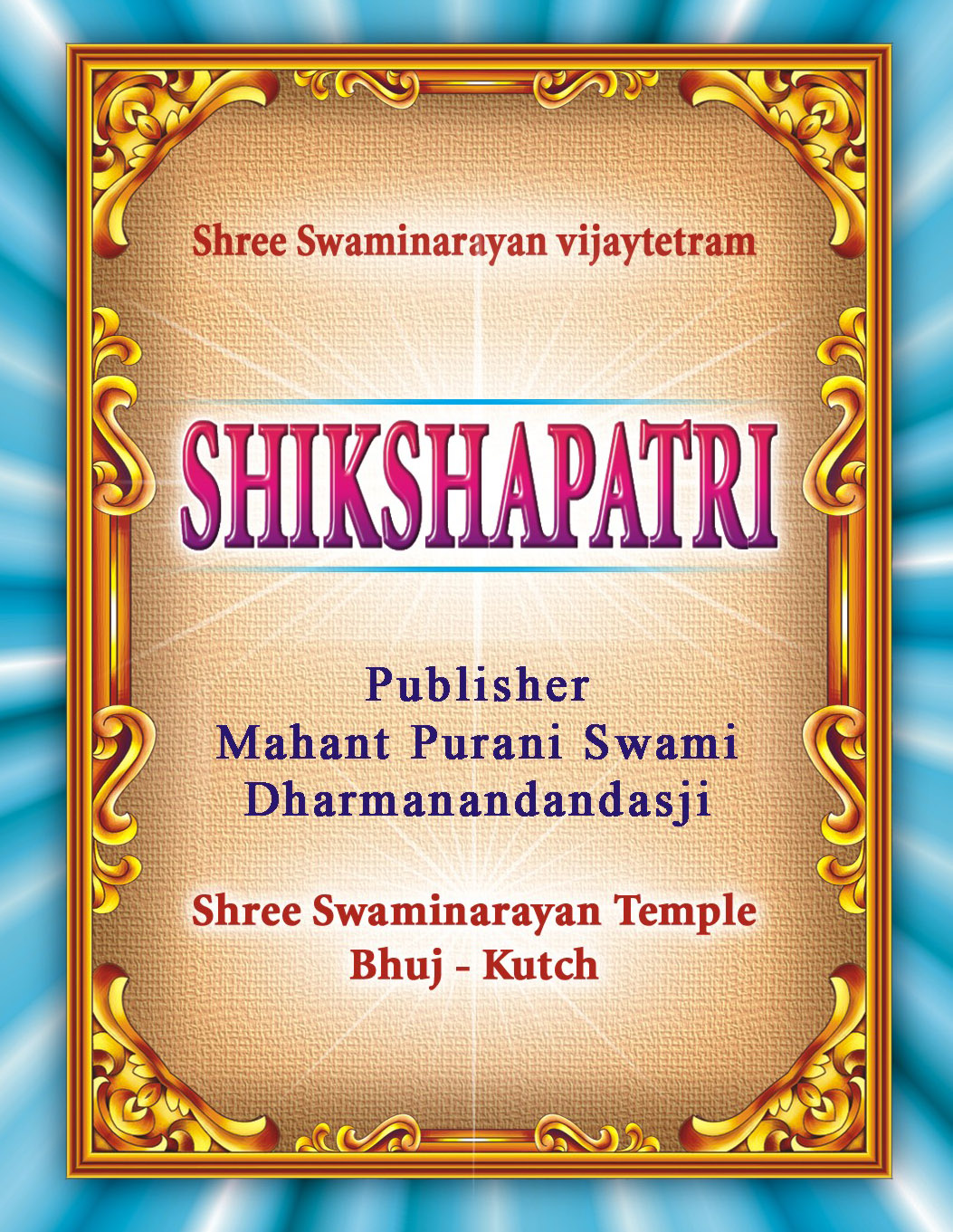 Written by Bhagwan Shree Swaminarayan’s own blissful hand on Vasant Panchmi day of Vikram Samvat 1882, this is a booklet of 212 Shlokas. Shreeji Maharaj sat in the Hari Mandap – His residence at Vadtal Temple – and wrote it in Sanskrit. He instructed the pandit Saint Nityanand Swami to translate it into Gujarati. It has since been translated numerous times into other languages.

Some call Shikshapatri a book of do’s and don’ts; others call it a mode of conduct. To the followers of the Swaminarayan Sampraday, who love and adore their Ishtadev, these are words of divine guidance on how to live a moral and peaceful life. The Shikshapatri comprises the essence of all the scriptures of Sanatan Dharma, so Swaminarayan followers read it daily.

It contains general guidance and specific instructions to a variety of categories of followers – the Acharyas & their wives, householder males and females, widows, saints and brahmacharies.

On February 20th, 1830 Maharaj went to visit the British Governor, Sir John Malcolm, in Rajkot. He was received with a guard of honor by the infantry and the cavalry. The Governor himself received Maharaj and offered Him a royal chair. Then he presented Him with a shawl. Maharaj presented the Governor with a Shikshapatri which has to this day been very carefully preserved in the Bodleian Library at the University of Oxford.