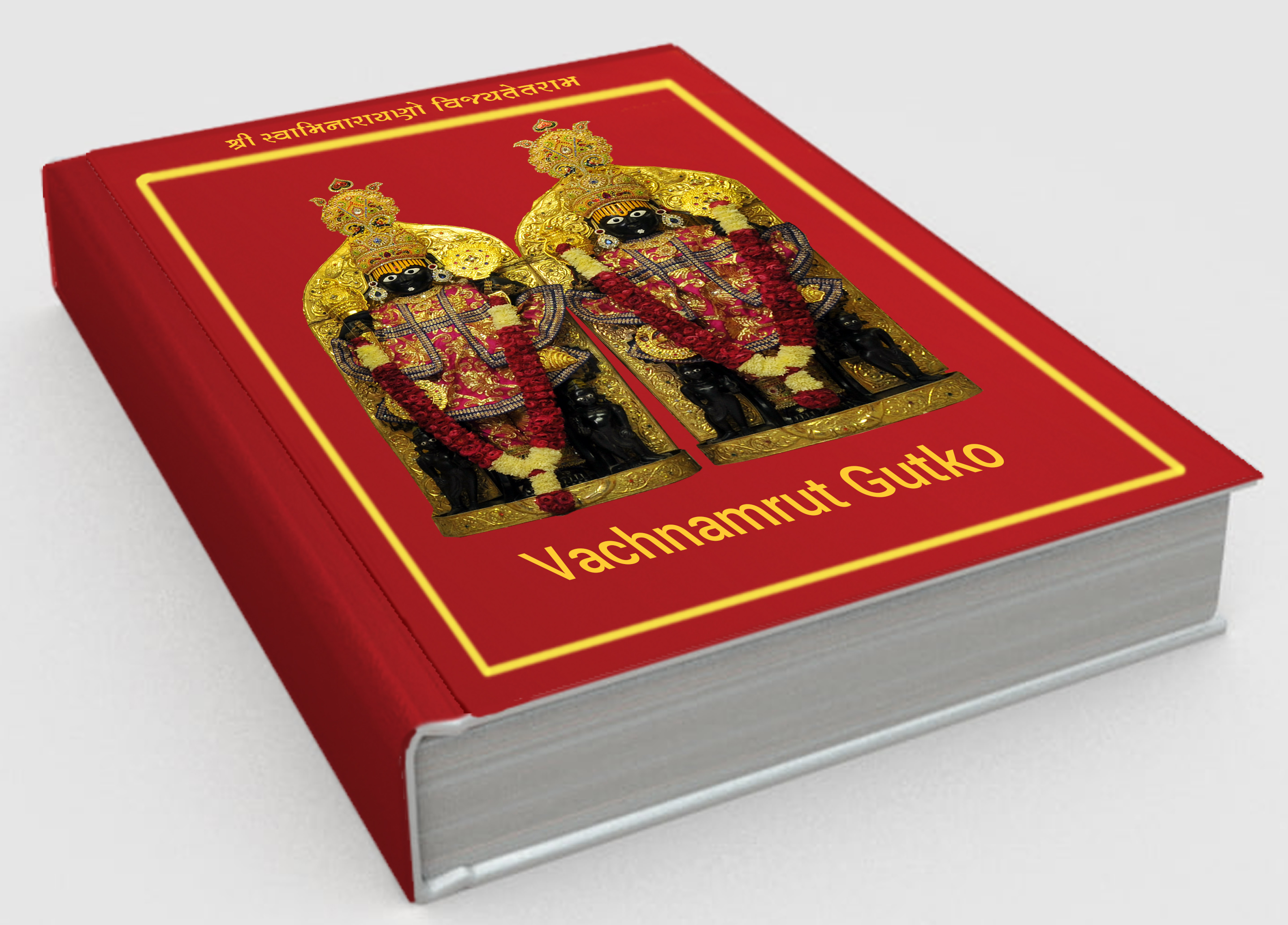 During His 21 years at the helm of the Sampraday, Swaminarayan Bhagwan gave innumerate discourses on a variety of subjects at Gadhada, Sarangpur, Kariyani, Loya, Panchala, Vadtal, Ahmedabad, Aslali, Jetalpur and many more places. Five of His Paramhans saints (Gopalanand Swami, Muktanand Swami, Brahmanand Swami, Nityanand Swami & Shukanand Swami) researched them into the present day compilation of 273 discourses called Vachanamrit.

Of the 273 Vachanamrits, 113 are words of wisdom on the Universal Truths, covering areas of Knowledge (Gyan) and life. 77 unveil Shreeji Maharaj's divine image and majesty. 40 each on Devotion (Bhakti) and Detachment (Vairagya). Self-realisation (Atma-Nistta) and Personal Obligations (Swa-Dharma) are discussed in 15 & 8 Vachanamrits, respectively.

The Vachanamrits can be grouped under the headings: Personal Religion, Spiritual Enlightenment, Detachment, Self Realisation, Devotion and Spiritual Wisdom.

As with other scriptures of the Sampradaya, the Vachanamrit has been translated in various languages. It has also been translated into poetry. One such translation worthy of note, was written by Brahmanand Swami in Brij-Basha, the native dialect of the residents of Koshal Desh (mainly Uttar Pradesh), birth-region of Bhagwan Shree Swaminarayan. When HH Acharya Maharaj Shree Purushottamprasadji Maharaj graced Chhapaiya, the local satsangis urged him to publish a Vachanamrit in their mother tongue, for their own benediction. His Holiness arranged for this to be done, using Brahamanand Swami's composition as the base.

In recent years, Her Holiness Gadiwallashri, wife of Acharya Maharajshri 1008 Shree Tejendraprasadji Maharaj has translated the Vachanamrit in to Hindi, making it accessible to the masses in India and abroad, whose first and only language is their native tongue.

In recent times, under the orders of HH Acharya Shree Tejendraprasadji Maharaj, HH Lalji Maharaj Shree Koshalendraprasadji (Acharya-Designate) has overseen the first English translation of Vachanamrit. A mammoth task, bearing in mind there are very few words in the English language, which match the intricate religious words used by Shreeji Maharaj.